A Tradition of Honor, and a Legacy of Valor 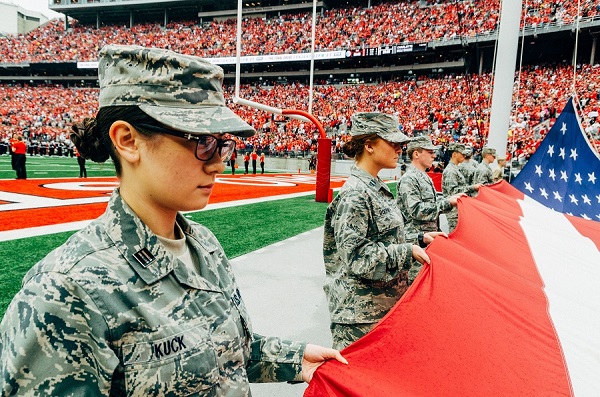 Our United States Air Force and Space Force reflect the vision of the founders of airpower. We foster ingenuity in the development of the world’s most professional Air and Space professionals. These warriors are the heart and soul of our unique fighting force. We will continue to transition new technologies into joint warfighting systems and integrate our capabilities to produce decisive warfighting effects.

You have joined a team of Airmen and Guardians who have a rich history and play an unparalleled role in the defense of America. Our Air Force and Space Force are the greatest in the world because of the generations of Airmen and Guardians who devoted their lives to serving their country. Men and women of the Air Force and Space Force today recognize and honor their historic achievements and unique contributions to fighting and winning America’s wars.

Whether we are active duty, guard, reserve, or civilians, first and foremost, we are America’s Airmen and Guardians—confident in our ability to protect and defend the United States of America.

AFROTC is the largest and oldest source of commissioned officers for the Air Force and Space Force. Its headquarters is located at Maxwell AFB in Montgomery, Alabama. The program recruits, educates, and commissions officer candidates through college campus programs based on Air Force and Space Force requirements. Students can attend classes through host or crosstown enrollment programs or consortium agreements.

After World War II, General Dwight D. Eisenhower, chief of staff of the War Department, signed General Order No. 124, establishing Air ROTC units at 77 colleges and universities throughout the nation.

Women were accepted in the Senior Program, starting in 1969. Eligible Air Force and Space Force enlisted men and women pursuing a college degree who are interested in becoming commissioned officers are given that opportunity through competition in the AFROTC Airman Scholarship and Commissioning Program, established in 1973.

In February 1997, Air Force ROTC and Officer Training School merged under the new parent organization, Air Force Officer Accession and Training Schools. This restructuring placed oversight for three-quarters of Air Force officer production under one organization and facilitated the sharing of manpower and expertise with minimum effect on the day-to-day operations of either organization. In June 2008, AFOATS was renamed the Jeanne M. Holm Center for Officer Accession and Citizen Development Center, or Holm Center.

I am an American Airman.
I am a warrior.
I have answered my nation’s call.

I am an American Airman.
My mission is to fly, fight, and win.
I am faithful to a proud heritage,
A tradition of honor,
And a legacy of valor.

I am an American Airman.
Guardian of freedom and justice,
My nation’s sword and shield,
Its sentry and avenger.
I defend my country with my life.

I am an American Airman.
Wingman, leader, warrior.
I will never leave an Airman behind,
I will never falter,
And I will not fail.